Marks ship log entries that have missing facts required for the Archaeologist achievement as "There's more to explore here.". It also lets you view which facts you haven't revealed!

In Outer Wilds, when an ship log entry isn't displayed with the "There's more to explore here." mark it doesn't mean that all of its facts are revealed. There are some facts that don't affect that mark, and some of them are even required for the Archaeologist achievement. For example, the Timber Hearth Village entry has 2 facts that are needed for the achievement, but this entry is never marked as "There's more to explore here.": 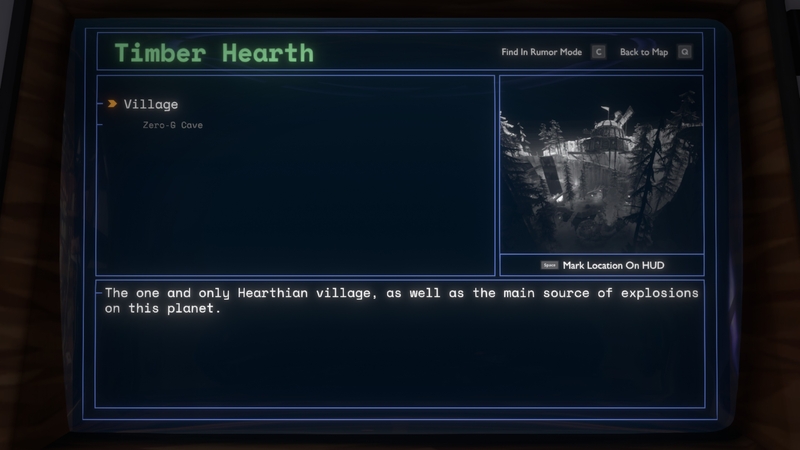 This makes it difficult to know where to find the facts that you are missing for the achievement. The Archaeologist Achievement Helper mod forces "There's more to explore here." to appear if there is at least one unrevealed fact that is required for Archaeologist: 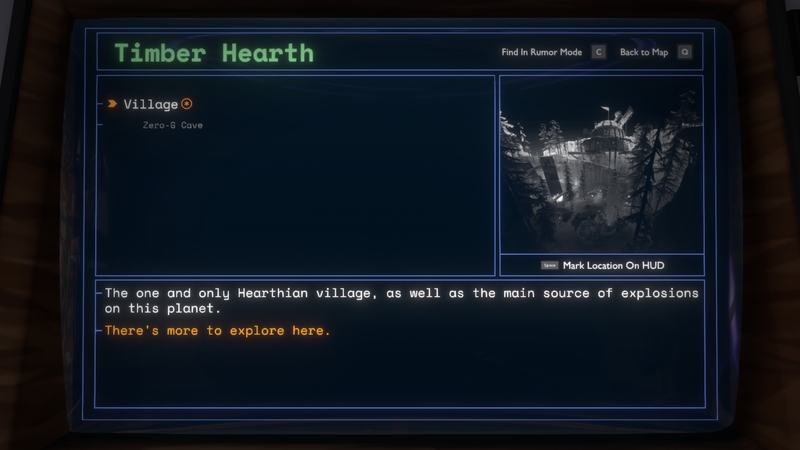 This feature helps you know in which entries there may be missing facts that you need for the achievement.

The mod also works with missing subentries that have facts required for the achievement, so the mark would also appear if the Zero-G Cave entry was missing.

If you need even more help, you can activate the following settings:

A setting to show all unrevealed facts that Archaeologist requires.

When you activate it, the missing facts and subentries are shown like this (below the "There's more to explore here." text, with the same color and starting with "MISSING FACT: " or "MISSING SUBENTRY: "): 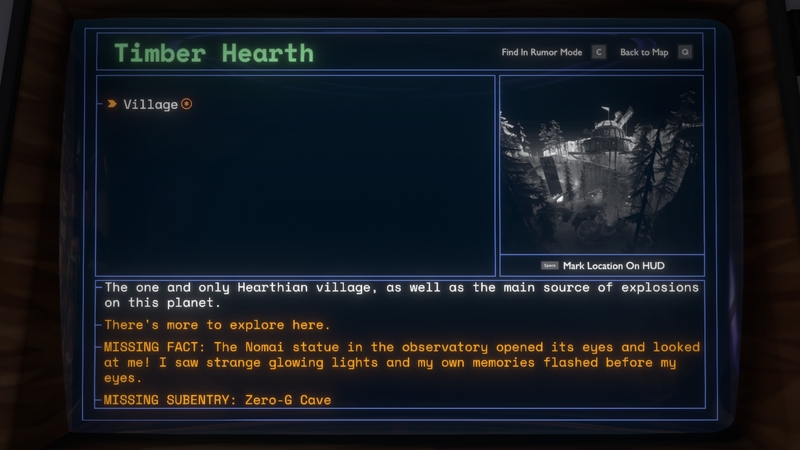 Beware of spoilers, only activate this option if you already beat the game, as this could reveal something important you don't know, although if you are using this mod you probably won the game and you are chasing the achievements.

A setting to show all unrevealed entries that have facts that Archaeologist requires.

Sometimes it could look like your ship log is complete when it actually isn't because there are entire entries aren't revealed. If you are in this situation, you could enable this setting to show them.

The entries will be displayed as rumors (no photos, only the orange "?") and without facts (the description will be empty). There are two possible enabled options for this setting: Unnamed and Named (if you don't want to show the missing entries, select Disabled, this is the default option).

With Unnamed, the missing entries names will be shown as "MISSING ENTRY": 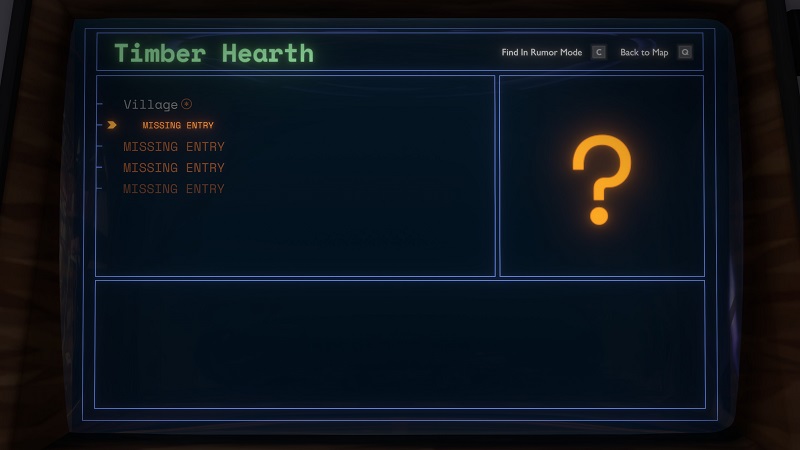 With Named, the real entry name will be displayed: 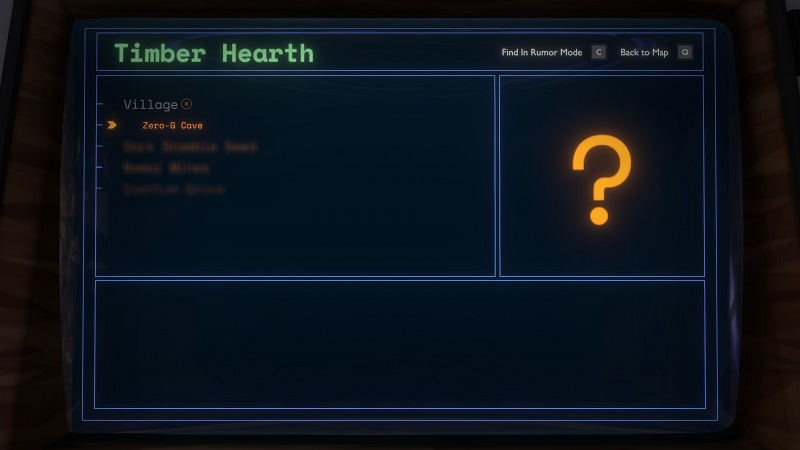 Beware of spoilers, the entry names of the Named could reveal you important information, but also the Unnamed options is able to spoil you things like the planet of the entry (it could even be one you don't now about) or its position and color in Rumor Mode, but this shouldn't be an issue if you won the game. Don't worry about the DLC, none of the logs added by Echoes of the Eye are required for the achievement, so no information about it would be spoiled by this.

If even with these options you are still unable to find the missing facts, I suggest going to the Outer Wilds unofficial Discord server and asking for help in #archaeologist-achievement channel (please remember to let them know which facts you have missing).

The site outerwilds.ventures is also a great resource you can use to complete your entries!

Marks ship log entries that have missing facts required for the Archaeologist achievement as "There's more to explore here.". It also lets you view which facts you haven't revealed!